Principal graphics programmer at High Moon Studios/Activision working on CoD. Hobby guitarist. Originally from Austria now in San Diego. Opinions are my own!

It's medley time again. I managed to finish recording it just in time this year. Merry Christmas everyone!

It's that time of the year again where I take two xmas carols and smash them together in an instrumental guitar rock song I record every year. This year it's "O Little Town of Bethlehem" and "We Three Kings".
Listen to and grab the MP3 download from my website:
http://www.martinecker.com/musicblog/christmas-medley/christmas-medley-2020/
Happy Holidays!

Nicely done documentary celebrating the 30th anniversary of one of my favorite video games of all time: The Secret of Monkey Island
https://www.youtube.com/watch?v=xgqEneDNQto

EGSR 2020 going on this week. Some interesting talks. Everything up on YouTube. Program here: https://egsr2020.london/program/

I've released the latest version of my unity/builk build C++ tool and Visual Studio extension, which now supports 2017 and 2019: http://www.martinecker.com/rudebuild/version-1-5-released/

Every year I record a little xmas medley for fun. This year I even got it done a bit eartlier than usual :)
Hope you enjoy and happy holidays!
http://martinecker.com/musicblog/rock/christmas-medley-2019/

I managed to wrap up recording this year's Christmas Medley just in time before we're flying to Austria for three weeks tomorrow. I want to wish everybody happy holidays in advance!

Check out the medley here:
http://www.martinecker.com/musicblog/

Interesting talk on fully automatic UV unwrapping https://www.youtube.com/watch?v=x5CXPL7-RwM
(from the guy who makes this product http://www.quelsolaar.com)

Disney released some cool data sets, a cloud data set and an island scene from the movie Moana: https://www.disneyanimation.com/technology/datasets 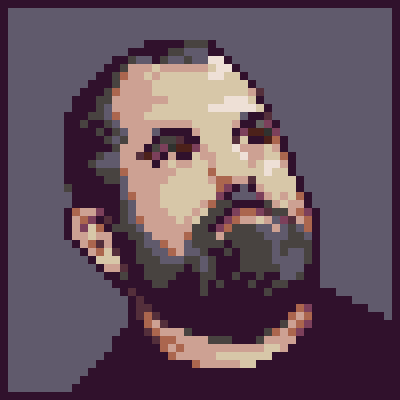 This itty bitty bovine mount is sworn to carry your burdens.

Good paper that compares perceptually uniform color spaces (CIELAB, CIELUV, I C_t C_p, and others) and also introduces a new one J_z a_z b_z that seems to be great for wide gamut/HDR: https://www.osapublishing.org/oe/abstract.cfm?uri=oe-25-13-15131

#introductions: Been working in video games ever since I graduated from university in 2003. I started out at a small tabletop & arcade games company called TAB Austria for a few years. Then moved to San Diego in 2006 to work at High Moon Studios (now part of Activision) on the Transformers and now Call Of Duty franchises. I'm mostly involved in rendering, low-level systems, and tools. But I've had my hands in almost all aspects of game dev at one point or another.

Principal graphics programmer at High Moon Studios/Activision working on CoD. Hobby guitarist. Originally from Austria now in San Diego. Opinions are my own!